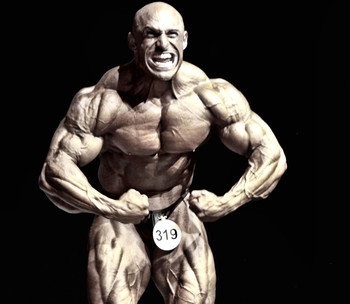 Anthony Chia-Bradley is one of the UK's leading physique & fitness photographers, establishing himself by becoming a regular contributor to the UK's only hard-core bodybuilding magazine UK BEEF magazine with his unique blend of photography and artistic flair for his imaginative editing. The fitness industry embraced his new style which led to him becoming official photographers for major fitness & bodybuilding events alongside his own stylish model shoots.

Anthony is now associated to major physique federations  WABBA International, NAC, Pure Elite, TFE, and several of the biggest bodybuilding shows in the UK including the spectacular Hercules Olympia and Atlas competitions, and has been invited as guest photographer for the UKBFF and the prestigious English grand prix show.

His dedication to his work has brought international travel and recognition by launching the careers of several up and coming models on the world stage in Europe, India & Singapore & with bookings now coming in from the USA Anthony is looking to conquer the huge American muscle industry.

He has also worked in the prestigious Oxygen gym Kuwait where he has worked with Mr Olympia Brandon Curry, Bodybuilding champions  Roelly Winklar, Victor Martinez and British Champion Nathan De Ashe along side many other IFBB Pros.

If you are looking for an original style of artistic photography, then book a shoot with Anthony. Contact Anthony via the website's Contact page for the latest photo shoot deals

As he says "he doesn't do weddings and babies" "Muscle & fitness is his skill, its in his blood, in his heart and is his life long passion.